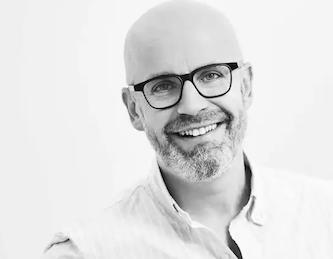 Manchester-based Bank North, the new regional business bank for small and medium enterprises (SMEs), has made a raft of executive appointments as it ramps up its operations.

Bank North has appointed a Head of Valuations, Head of Financial Reporting and Financial Control, Head of Underwriting and acting Treasurer, along with two other major hires.

Chris Weights is joining Bank North as Head of Valuations, Adam McNichol as Head of Financial Reporting and Financial Control, Andrew Gornall as interim Head of Underwriting and James McCulloch as acting Treasurer.

“Chris Weights joins as Head of Valuations and will be a crucial player in ensuring fair loans to SMEs while managing Bank North’s risk portfolio,” said Bank North.

“After training as a surveyor, Chris now has 20 years of experience in the valuation industry and has worked on some of the largest landmark property deals in the Midlands and North West, further strengthening Bank North’s unrivalled regional knowledge as well as bringing vast valuation experience.

“After joining in 1983, Andrew rose through the ranks, holding a variety of managerial roles, including Head of Business Relationships and Head of SME for Merseyside, North Wales and the Shires, in which Andrew led a team responsible for supporting around 6,000 SMEs.

“Andrew will play a key role in developing Bank North’s underwriting teams as the bank continues to grow.

“Adam McNichol joins as Head of Financial Reporting and Financial Control and is responsible for leading a team that ensures the accuracy and integrity of Bank North’s key financial systems.

“Adam joins from Skipton Building Society, where he had initially worked in the Treasury Capital Markets team on the execution of wholesale funding transactions, with a later role as the Head of Financial Control.

“Prior to his time at Skipton, Adam spent the first 12 years of his career in London where he qualified as an accountant at PricewaterhouseCoopers before working in investment banking and fund management.

“James McCulloch has been appointed acting Treasurer and will provide the leadership team with overall financial oversight.

“James previously served as Deputy Head of Treasury for the Cumberland Building Society, after spending more than a decade working in various planning roles in the Armed Forces and Ministry of Defence.

“Raja Abdullah has joined as Data & Business Intelligence Manager and will support the team by producing regulatory and insight reports, as well as streamlining Bank North’s reporting structure.

“Before joining Bank North, Raja was a Senior Management Information Analyst (Capital & Planning) at The Co-operative Bank, with previous experience at fashion brand Misguided and Habib Bank – as well as inspiring the talent of the future as a visiting lecturer at The University Salford.

“Tom Shillito joins as a Lending Associate and will work with the Manchester Pod team to ensure swift and fair delivery of loans to SMEs.

“In his previous role, Tom worked as a Junior Broker at professional services giant, Aon. Tom holds a master’s degree in Banking and Finance from Newcastle University.”

Bank North said it delivers tailored loan facilities “up to ten times faster than the banking establishment” to SMEs.

Bank North’s goal is to service SMEs looking to borrow between £500,000 and £5 million.

Bank North CEO and Co-Founder Jonathan Thompson said: “Chris, Adam, Andrew, James, Raja and Tom join Bank North at such an exciting time in our journey – and this bumper round of appointment announcements is testimony for the momentum in the business.

“Our new colleagues bring a huge range of experience from right across the banking ecosystem and I look forward to working with them as we look to open new lending pods and begin to welcome savers to Bank North.

“The success of Bank North depends on continuing to attract top talent to the business, and the range of experience on the CVs of our team shows the brightest and the best are keen to join our mission to deliver loans and savings accounts, closer, faster, fairer.”