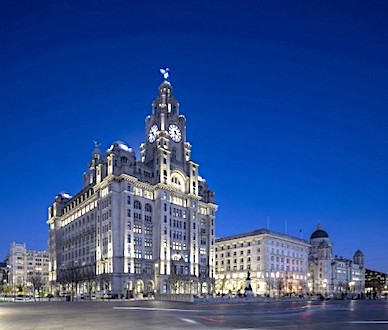 Real estate advisor CBRE said on Tuesday it has been appointed to sell the iconic Royal Liver Building in Liverpool for only the second time in its history.

CBRE is quoting a price of £90 million for the building.

CBRE said it sold the building for the first time in 2017 on behalf of Royal London, and is now marketing it again on behalf of current owners Corestate Capital.

“The building also has its own visitor attraction centre -‘RLB 360 Tower Tour’- which allows the public to explore its iconic history through a fully immersive experience.”

Designed by Walter Aubrey Thomas, the building first opened in July 1911 and on completion was the tallest office building in Europe.

“We are truly honoured to be mandated to sell the Royal Liver Building, the most recognisable office building in the North of England and an icon on the global stage,” said Colin Thomasson, Executive Director, Investment Properties, CBRE.

“It is an exceptional investment opportunity which offers investors the chance to not only own a piece of history but also a property with considerable potential to add further value and continue the refurbishment programme the current owners have already executed.

“With Grade A office supply in Liverpool currently at an all time low and rising occupier demand, we anticipate strong demand amongst investors for the asset.”