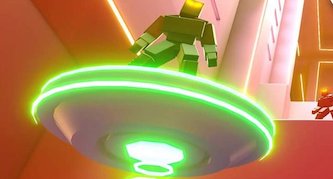 Founded by Dan Roberts and Paul Colls in July 2014 after working on some of the biggest titles in the global games industry — including Grand Theft Auto, Red Dead Redemption and Call of Duty — Fierce Kaiju’s team and IP will join the XR Games group immediately.

“Following an illustrious 11-year career at Rockstar Games working on the record-breaking Grand Theft Auto series, Dan went on to join Activision Blizzard studio The Blast Furnace in 2011, working on titles such as Call of Duty and Pitfall! before founding Fierce Kaiju in 2014,” said XR Games.

“Fierce Kaiju was set up to bring the expertise honed from years of working with some of the world’s biggest developers and publishers on triple-A titles to exciting new arenas, with a focus on developing for the growing Virtual Reality market.

“In 2014, Fierce Kaiju developed Viral for the first Oculus store, a VR shooter that launched with Samsung’s GearVR headset, before going on to develop and publish Viral Quarantine and Viral EX.

“In addition to developing and publishing its own games, Fierce Kaiju also worked as a full-service studio to help game makers build projects from the ground up, as well as supporting other development requirements.”

Roberts said: “From the first time I met Bobby and the team, I knew there was a shared vision.

“At Fierce Kaiju we love experimenting with new and disruptive technology and turning it into something immediate, accessible and fun, and it’s clear that Bobby and the team at XR Games share the same values.

“There’s a tangible sense of excitement and energy when you enter the XR Games studio after their huge success with ‘Zombieland: Headshot Fever’ in 2021, and we knew we wanted to be a part of that.”

XR Games founder and CEO Bobby Thandi said: “For our first acquisition, we knew we wanted to bring in a team that shared the same vision as XR Games.

“The experience that Fierce Kaiju brings from working at places such as Rockstar Games and Activision Blizzard will be invaluable when it comes to supporting XR Games’ trajectory.

“As the studio grows in size and takes on multiple projects with larger budgets, this expansion will ensure we can scale safely and effectively.

“We’re fiercely proud of our roots, and while we’re still based in Leeds, our titles are sold around the world, so with Fierce Kaiju joining the family, we’re confident that our reach will grow even further as we continue developing exciting new gaming experiences for years to come.”