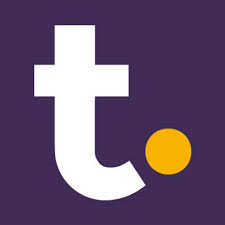 “The refinancing improves commercial terms, extends the maturity from October 2023 to April 2026 and upsizes the facility from £500m to £700m with the addition of a new funding partner to the facility and the group,” said Together Financial.

“The LABS facility finances primarily unregulated and regulated bridging loans originated by the group and was first launched in 2015 as a £255m revolving securitisation facility.

“In 2019, the facility was increased to £500m on improved terms with additional funding partners supporting the facility.

“The extension in maturity of the LABS facility to April 2026 provides substantial depth to the group’s funding profile, increasing the weighted average maturity to 4.0 years on amounts currently drawn and on a fully drawn basis.

“In addition, a reduction in all-in margin is reflective of the strong performance of the assets supported by the LABS facility.

“The upsizing of the facility to £700m, with all incumbent funding partners increasing their commitments as well as the introduction of a new funding partner to the facility, is indicative of the strong support for the group and its growth ambitions.”

Together Financial said it has raised or refinanced over £4.7 billion of facilities across 11 transactions over the past 16 months, including senior secured note issuances and private and public securitisations.

Together Financial recently announced its results for the quarter to December 31, 2021, showing an 11.7% growth in average monthly originations to £199.9 million from the prior quarter, bringing its loan book to a new high of £4.4 billion and underlying profit before tax for the quarter of £43 million.

Gary Beckett, group managing director and chief treasury officer of Together, said: “The successful refinancing of our LABS securitisation on improved terms along with a significant upsize in the facility is a testament to the continued strength of Together’s business and, in particular, the strong performance of our regulated and unregulated bridging products.”