Greggs said in January it has appointed its retail and property director Roisin Currie to succeed Roger Whiteside as chief executive when he retires this month.

The food retailer said on Monday it has traded well in the first 19 weeks of 2022, with like-for-like (LFL) sales in company-managed shops up 27.4%, a figure “that is flattered by comparison with restricted trading conditions” in the same period of 2021. 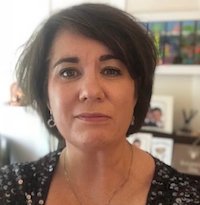 “Since we last reported, like-for-like sales growth in the most recent ten weeks to 14 May (when lockdowns in 2021 were easing) has averaged 15.8% and we expect this figure to continue to normalise as we start to compare with more robust trading periods in 2021,” said Greggs.

“Sales levels in larger cities and in office locations continue to lag the rest of the estate but transport locations have shown a marked increase in activity in recent weeks.

Greggs said it opened 49 new shops in the period, including 18 with its franchise partners.

Recent shop openings include a number of retail parks and new travel-based units at Birmingham and Liverpool airports.

In the year to date it closed six shops, giving the firm a total of 2,224 shops trading at May 14, comprising 1,831 company-managed shops and 393 franchised units.

In its outlook, Greggs said: “We have made a good start to 2022, with sales in line with our plan and a strong pipeline of new shop acquisitions ahead.

“Looking ahead, market-wide cost pressures have been increasing and consumer incomes will clearly be under pressure in the second half of the year.

“We will continue to work to mitigate the impact of cost pressures whilst protecting Greggs’ reputation for exceptional value.

“Whilst considerable uncertainties remain, we are in line with our plan and the board’s expectations for the full year outcome remain unchanged.”

Sophie Lund-Yates, equity analyst at Hargreaves Lansdown, said: “Greggs has been on a phenomenal journey in the last few years, with sales and the share price soaring.

“The market is disappointed by the departure of Roger Whiteside, who oversaw this remarkable performance.

“As we bid goodbye to the man that oversaw the triumph of the vegan sausage roll, eyes must look to the new times rolling in.

“Successor, Roisin Currie, was instrumental in getting Greggs’ delivery service to where it is.

“Growing this area will be an important pillar going forwards, as will efforts to have later opening hours at some sites, plus a net 150 new shops a year.

“This will support the group’s punchy target to double revenue in the coming years.

“Currie is being handed a business where sales are up 5.3% compared to pre-pandemic times, despite the reduced commuter footfall on the UK’s high streets.

“That’s not something many businesses can say, but with a great deal of excitement baked into the stock’s valuation, the pressure’s on.”

“However the bakery warned that cost pressures are increasing, something Greggs says it is working to mitigate.

“While Greggs has enjoyed a post-covid bounce back in sales after all government restrictions were lifted, like many companies the bakery is battling against cost inflation with rising prices of food, energy and staff as well as tax changes, prompting price rises to offset squeezed margins.

“But whether Greggs, as a company that is known for its attractively priced offering, will be able to continue to increase its prices with little to no impact on demand as cost inflation worsens is yet to be a seen and could present a problem in the second half of the year.

“While fewer commutes and more working from home have created headwinds for its larger city and office locations, its transport locations have enjoyed a boost and Greggs is ramping up its travel-based units with recent shop openings at Birmingham and Liverpool airports.

“Shares in Greggs have shed more than a third of their value since the peak in December with shares at more than one-year lows with the stock arguably yet to find a bottom.”

AJ Bell investment director Russ Mould said: “Food on the go firm Greggs must have hoped 2022 would be a positive year marked by the recovery from Covid – with footfall getting back to pre-pandemic levels.

“It’s not shaping up that way and it’s notable how the company is only guiding for full year profit to be a bit ahead of the 2021 outturn.

“The problem facing Greggs is like the one facing lots of businesses – for the first time in a generation inflation is a real factor.

“The cost of raw materials and staff is going up fast and that’s a particular problem for a value-based proposition like Greggs which has limited scope to pass on these costs to consumers if it is to retain its bargain credentials.

“At least the nature of Greggs’ products should offer some insulation from cost-of-living pressures.

“Spending just over a quid on a sausage roll is the kind of impulsive purchase which people will probably still engage in without thinking twice, unlike buying a new sofa or a new car.

“And this is a well-run operation with a good track record, with a reliable recipe which new CEO Roisin Currie can stick to.

“Innovation in products, such as the ongoing rollout of vegan products, and expanding in areas like home delivery can help build on these robust foundations.

“That said, Currie does face some pressure from some ambitious growth targets unveiled last year and an attempt to temper this guidance can’t be ruled out as the new boss looks to set a bar that she has a reasonable chance of clearing.”