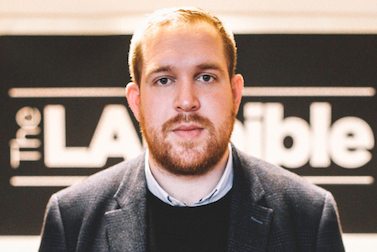 Shares of Ladbible parent firm LBG Media plc rose about 6% on Thursday after it published a trading update for the half year ended June 30, 2022.

LBG Media is the Manchester-based digital media and youth content publisher of Ladbible and other news brands including Sportbible and Tyla.

LBG Media said HY22 revenue is anticipated to be £24.8 million, 8% ahead of the prior year period.

The firm said it is in the process of establishing operations in the US, which are expected to commence trading in 2023.

“During the period the group completed the small bolt on acquisition of the Go Animals Facebook pages, with a total of 6.8m followers, increasing its target audience and bringing a new genre of content to the group’s brand portfolio.

“Post-acquisition, the page has been rebranded as Furry Tails (@furrytailsofficial).”

In its outlook, LBG Media said: “Indirect revenues have seen an improving trend towards the end of the first half into early trading in the second half, driven by an increase in revenues per view.

“This is expected to continue into a seasonally stronger second half.

“Activity in the Direct revenue segment has been supported by significant marketing in the first half which has led to a healthy pipeline of prospects as we enter the second half of the year.

“Management remains confident that the group’s full year performance will be at least in line with market expectations.

“Given the investments made in the first half and typical seasonality in digital advertising, profitability is expected to be heavily second half weighted.”

The company said external market consensus for LBG performance for the year ended December 31, 2022, is revenue of £65.4 million and adjusted EBITDA of £20.1 million.

LBG Media CEO Solly Solomou said: “The group continued to perform well both financially and operationally in the first half of the year, despite the challenging macro environment.

“We remain focused on producing exciting, relevant and socially responsible content to continue to engage our audience and grow our follower base.

“As outlined at IPO, our growth strategy remains centred around our three core growth pillars; geographies, acquisitions and capabilities.

“Included within this core strategy was an ambition to establish a physical presence in the US, one of the largest social media markets in the world and a key growth market.

“We are excited to be in the process of establishing operations in the US, which are expected to commence trading in 2023.”