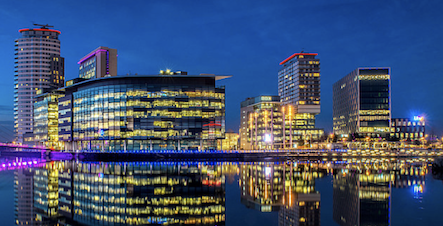 Researchers at the IPPR North think tank have published new analysis showing that the North of England “now receives less per person in public spending than the rest of the country” despite the UK government’s much publicized “levelling up” policy.

“London saw the highest public spending per person and the highest increase over the course of the levelling up agenda, at £19,231 per person, an increase of 25 per cent.

“The lowest total per person public spending in England was in Yorkshire and Humber, at £15,540 per person, and the lowest percentage increase was in the North East, which saw a 16 per cent increase.”

IPPR North said the figures tell a similar story when researchers remove spending on the Covid support scheme and on health to allow for the impact of the pandemic.

When removed from the calculations, IPPR North found that the North of England received £11,505 per person on public spending in 2021, an increase of 2% on 2019.

“The highest spend and highest percentage increase was on London, which saw £13,442 per person, an increase of eight per cent since 2019,” said the think tank.

“In these calculations which remove spending on the Covid support scheme and health, the gap between the North and London grew by almost 80 per cent, from £1,081 per person to £1,937 per person over the 2019 to 2021 period.

“The lowest total per person public spending in 2021 was in Yorkshire and Humber at £11,049, and the lowest increase was in the North West, which saw an increase on 2019 of just one per cent.”

IPPR North welcomed the “essential” increase across England in public spending, but point to sustained underinvestment in the North and continuing financial pressure on northern local authorities, which have played into the country’s widening divides, as evidence that the next Prime Minister has to “go much further to unlock northern prosperity” and succeed in levelling up the country.

“Although an increase in public spending on 2019 was welcome, and absolutely essential, spending is lower, and grew slower in the North, than in other parts of the country.

“At the same time, the country became more centralised and inequalities widened. This is because power is not distributed fairly in this country.

“Regions like the North deserve nothing less than to be afforded the tools they need to level up for themselves – it’s a sensible way of governing, and very normal in less unequal countries.

“But here, that hasn’t yet happened at anywhere near the level needed.

“Candidates to be the next Prime Minister should commit to delivering where their predecessors have not.

“Reversing cuts to local government and to planned transport projects, beefing up the Levelling Up Bill to make it a transformative piece of legislation, and going big on opportunity and future proofing the economy.”

IPPR North research fellow Ryan Swift said: “Our analysis suggests that levelling up was, in many ways, business as usual. But that has to change.

“If candidates hope to serve for longer than their recent predecessors, they should listen to the North, and make unlocking the region’s significant potential their personal priority”.