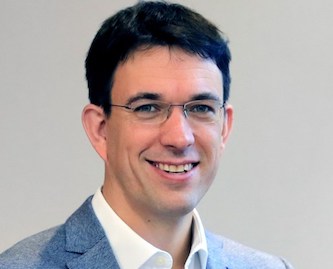 Leeds Building Society said on Friday it has withdrawn from lending on second homes as it revealed that its savings balances increased more than £1 billion to £16.4 billion in the first half of 2022.

“Having reaffirmed our purpose and looked at how we deliver on this, we’ve taken the decision to withdraw from lending on second homes,” said Leeds’ CEO Richard Fearon.

“Second homes reduce the number of properties available to live in and we want to direct more of our efforts to other sectors, especially first-time buyers.”

Fearon said the mutual had built on the “exceptional” performance of 2021 with gross lending climbing to £2.5 billion and net lending rising to £1.2 billion, both record half-year amounts for the society.

The UK’s fifth-largest mutual said that nine of its 10 biggest lending days ever occurred during the first six months of this year, leading to its highest number of completions in the first-half of a year.

“I’m delighted we’ve delivered a record breaking first half of the year, achieved a series of landmarks across our lending and supported savers at a critical time,” said Fearon.

“Being mindful of our roots as a mutual, we’ve reaffirmed our purpose — to put home ownership within reach of more people — and future generations of first-time buyers are integral to our plans.

“To successfully deliver on that purpose means ensuring we offer a competitive savings range.

“We’ve consistently paid above the market average rate — which equates to an extra £66m in our savings members’ pockets — and our fixed rate products have been a notable strength, appealing to new and existing savers alike.

“The value that we give to savers is especially important during a cost of living crisis, and we have also been considerate of the challenges facing our borrowers too.

“While the Bank of England’s Base Rate increased four times during the first half of the year, we raised our variable savings rates on each occasion but only raised our standard variable mortgage rate (SVR) once.

“I’m proud we were able to attract so many new members but acknowledge the elevated demand for our savings products led to some long waiting times for callers.

“We didn’t always meet the high standards of service we strive for but I’m pleased that we’ve taken steps to address this and the situation has now returned to normal.”