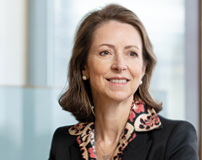 Salford-based investment giant AJ Bell announced on Tuesday that its founder Andy Bell and chair Helena Morrissey will step down from the board after the company was “unable to agree” its preferred role for Bell with the Financial Conduct Authority (FCA).

Morrissey has been AJ Bell chair for about nine months.

The company said on June 16 that Andy Bell would remain on the AJ Bell board and would assume the position of non-executive deputy chair.

However, on Tuesday, AJ Bell said: “The Financial Conduct Authority (FCA) has approved Michael Summersgill under the Senior Managers & Certification Regime (SMCR) to take on the role of CEO with effect from 1 October 2022.

“Andy Bell has decided to step down from the board with effect from 30 September 2022 but will continue to work with the business in a consultancy role.

“Since announcing Andy’s intention to step down as CEO, we have had constructive discussions with the FCA about the need for a clear distinction between the executive and non-executive roles in a regulated firm and the risk to effective board governance that would arise if a founder CEO with a significant shareholding remained on the board after stepping down as CEO.

“The FCA have indicated that they consider their stance to be consistent with previous messages given to other regulated firms and is no reflection on the fitness and propriety of AJ Bell or Andy, who will remain as CEO until the end of September.

“The board has agreed with Andy that whilst he remains a significant shareholder, he will retain the right to nominate a non-executive director to represent his interests as a major shareholder on the board.”

Andy Bell retains a roughly 23% stake in the firm.

Andy Bell said: “I accept the regulator’s views and as a result have decided to step down from the board in order that I can continue the journey I started 27 years ago, supporting the business in the most effective way I can.

“My focus will be on helping to build the AJ Bell brand as well as continuing to support AJ Bell’s campaigning and lobbying efforts on behalf of retail investors and financial advisers.

“I have complete confidence in the board, Michael and the wider management team and remain a committed long-term shareholder.”

Further, Helena Morrissey has advised the AJ Bell board that she will stand down from the board once a suitable replacement as chair has been found.

AJ Bell’s board has asked Morrisey to work with the firm going forward on a consultancy basis.

Morrissey said: “I am looking forward to continuing to work with Michael and the wider AJ Bell team to encourage more women to think about investing and to advise the company on its diversity and inclusion strategy.”

Bourke said: “On behalf of the board I would like to thank Helena for her work as chair, in particular the appointments of a new CEO and CFO, the focus she has brought to our diversity and inclusion initiatives and changes she has instigated around the way the board operates, which have been well received by all.

“However, we were unable to agree our preferred role for Andy with the FCA and Helena believes it is the right thing for her to step aside so a new chair can take the board forward.

“I am glad the business will continue to benefit from Helena’s knowledge and experience.”