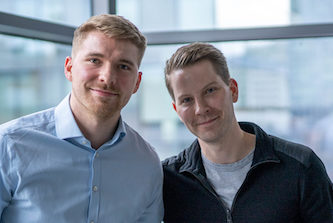 Manchester-based Connex One, a cloud-based customer engagement platform, announced it has raised over £93 million for a minority equity stake from investors including technology advisory and investment firm GP Bullhound.

The investment will enable Connex One to continue to scale its global operations.

Founded in Manchester in 2013 by brothers Nick Mealey and Richard Mealey, Connex One has developed an AI-powered customer engagement platform that provides “omnichannel communication and business automation.”

The platform is used by many of the world’s leading brands.

Connex One has expanded its operations in the UK and internationally. With new offices opened in Miami, Barcelona and Melbourne already in 2022, Connex One is currently expanding its global workforce to 1,000 people.

“I am delighted to be able to announce the successful completion of our Series C fundraising from leading technology investors,” said Nick Mealey, CEO and co-founder of Connex One.

“Connex One’s growth rate has been phenomenal; it is a testament to our high calibre global team and the value that our award-winning platform has created for our customers.”

Per Roman, co-founder and managing partner, and Alon Kuperman, partner, at GP Bullhound, said in a joint statement: “After being fascinated with the power of their software, we are thrilled to be partnering with Connex One as they disrupt and take over the industry.

“We are firm believers of the efficiency that end-to-end cloud-based software solutions bring to businesses of all kinds, and Connex One has the perfect product and team to serve the contact centre industry.”

Latium Tech, the investment vehicle owned by Brian Kennedy, took a majority shareholding in Connex One back in 2016, along with Terry Leahy and The William Currie Group.

Legal advisor to Connex One was DWF, led by Frank Shephard.