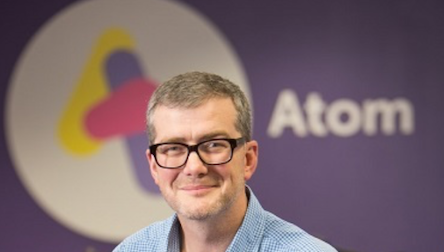 Durham-based Atom bank, the UK’s first app based bank, said it agreed terms with existing investors BBVA, Toscafund and Infinity Investment Partners to add a further £30 million in equity to its balance sheet.

It follows the £75 million that Atom raised in February and means the Durham lender has now raised more than £100 million in the last 12 months.

Atom said it is getting ready for a “future public markets listing” and has now surpassed £4.5 billion in retail deposits

It said the £30 million will be used to fuel further lending and drive the ongoing growth and development of the bank.

“The raise will enable Atom to continue to support its lending customers – homeowners, first-time buyers, and SMEs – in this difficult economic environment,” said Atom.

“It is also another positive step in Atom’s plans for growth and a future public markets listing.

“Despite a changing backdrop, Atom has continued to deliver a strong performance in 2022.

“Growth in both lending and retail deposits has driven a significant increase in net interest income, and Atom has delivered positive operating profit whilst the bank continues its disciplined control of costs.

“The bank continues to provide a great deal for savers, winning  customers with its combination of ease, speed and better value than the high street banks.”

Atom CEO Mark Mullen said: “I’m delighted that the bank’s continued success means that BBVA, Toscafund and Infinity Investment Partners have added to their stake in Atom, and taken new capital investment during 2022 to over £100m.

“Our prudent, secured lending model, backed by award winning retail savings allows us to make the very most of capital to support income growth and boost customer numbers. This will remain our focus.

“This year has been one of continued progress and development at Atom.

“In recent weeks we surpassed £4.5bn in retail deposits having made waves with the pricing of our fixed and instant savers, opening up a void between banks such as Atom that pay a fair return on savings and those that are simply unresponsive to the market.

“Alongside continued growth in our mortgage and business lending books, the bank is proving that our clear focus on being fast, easy, and value for money is something that will keep benefiting both our customers and shareholders.”