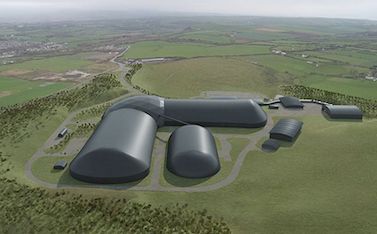 The UK government on Wednesday approved its first new deep coal mine in decades — The Woodhouse Colliery in Cumbria — to produce coking coal for use in steelmaking.

Critics said the project will hinder the UK’s climate targets.

The Woodhouse Colliery, to be developed by West Cumbria Mining, is expected to create around 500 jobs.

The mine will be situated on the former Marchon Industrial site near Whitehaven.

The project has been criticized by the UK government’s own independent climate advisory panel as well as climate activists and organisations.

“This coal will be used for the production of steel and would otherwise need to be imported,” said a spokesperson for the Department of Levelling Up, Housing and Communities.

“It will not be used for power generation …”

The majority of the coal produced at the Cumbria mine is expected to be exported to Europe.

John Gummer, the chair of the UK’s independent Climate Change Committee, criticized the approval of the Woodhouse project.

“Phasing out coal use is the clearest requirement of the global effort towards Net Zero,” he said in a statement.

“The UK’s hard-fought global influence on climate is diminished by today’s decision.”

The coal mine would take two years to build at a cost estimated in 2019 of £165 million, and is proposed to be operated for 50 years.

It will supply steelmakers in the UK and western Europe and employ just over 500 workers when it reaches peak production, with more than 80% of them expected to work underground in coal production.

Friends of the Earth said the decision was a “misguided and deeply damaging mistake that flies in the face of all the evidence.”

Friends of the Earth campaigner Tony Bosworth said: “The mine isn’t needed, will add to global climate emissions, and won’t replace Russian coal.”