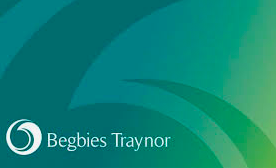 Begbies Traynor Group on Tuesday said its half-year profit soared as revenue also grew by double digits in both of its divisions, while it declared an increased interim dividend to shareholders.

Begbies Traynor said it saw strong half-year performance, with double-digit revenue and profit growth in both its business recovery and financial advisory division and its property advisory and transactional services division.

In its business recovery and financial advisory division, it said it maintained its market-leading positions, holding 14% of the overall market share and ranked first nationally, while ranking second for its 10% share of the administration market. Revenue was £42.4 million in this division, up 10% from £38.7 million. Operating profit was also up 10% to £10.7 million from £9.7 million.

Begbies Traynor declared an interim dividend of 1.20p, up 9% from 1.10p from a year earlier.

It said it was confident of delivering financial 2023 results in line with current market expectations.

The firm cited a half-year order book increase of 15% to £33.9 million, a higher level of enquiries and increasing economic headwinds in business recovery operations, and an encouraging pipeline of engagements in financial advisory operations.

“Our broad range of services, diversified client base, organic growth initiatives and pipeline of acquisition opportunities, combined with increasing counter-cyclical activity, will enable us to continue to build upon our strong track record in the current year and beyond,” said executive chair Ric Traynor.

Shares in Begbies Traynor were down about 5%.