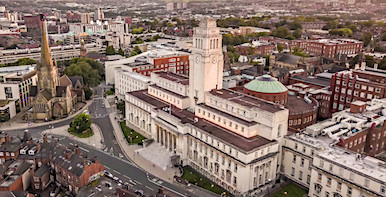 More than 56,000 jobs were created, almost £6 billion of investment generated, and almost £12 billion turnover achieved in 2020-21 by spin-out companies and start-ups linked to the 24 universities in the Russell Group, new analysis shows.

The 4,304 companies linked to the Russell Group of universities continued to grow in 2020-21 – increasing the number of full-time employees by 60%, doubling external investment to almost £6 billion and generating a collective turnover of more than £11.7 billion.

“These new figures highlight just one of the ways universities have a positive impact on communities in all parts of the UK,” said the Russell Group.

“Further analysis released by Russell Group members shows exactly how much local towns and cities benefit financially from activities such as world-class research and productivity boosts for business, education that leads to high-level skills for UK students and the economic activity of international students.”

Russell Group CEO Tim Bradshaw said: “This analysis shows the breadth and scale of economic and social impact made by Russell Group universities in their regions and across the UK – from world-leading research that generates breakthroughs and boosts productivity, to high-quality education that transforms lives and generates the skills that drive our economy.

“Innovation clusters growing around our universities across the UK are helping to revitalise regional economies, drawing on their talent and the UK’s excellence in research – from advanced semiconductors in Cardiff to new digital technologies for the creative industries in York. Targeted support would enable these established and emerging clusters to scale up and deliver much greater benefits for their local areas and beyond.”

The Russell Group has welcomed the announcement that the Government’s planned investment zones will now focus around universities to maximise their impact, building on the three lnnovation Accelerators announced earlier this year in Glasgow, Greater Manchester and the West Midlands.

The Russell Group universities are: