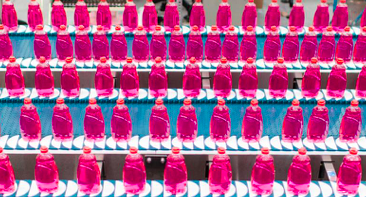 McBride is one of Europe’s largest manufacturers and suppliers of private label and contract manufactured products for the domestic household and professional cleaning and hygiene markets.

“The group performed in line with our expectations during the first half period,” said McBride.

“Group revenues were 31% higher than the prior year period (at constant currency), benefiting from both the effective pass-through of input cost inflation and volume growth.

“Customer service levels significantly improved as a result of a focussed effort during the period and cost efficiency initiatives have continued.

“Whilst there were some early signs of stabilisation in certain input costs towards the end of the period, costs of some raw materials continued to increase.

“Energy and employment costs continue to apply further inflationary pressure, and accordingly we are continuing to seek mitigations including price increases, product engineering and cost actions.

“Overall, McBride delivered an improved operational and financial performance, with the group returning to adjusted EBITA profitability in the final two months of the first half.

“The group expects to report a small adjusted EBITA loss before exceptional items at the interim results.

“The group’s interim results will be announced on 28 February 2023.”