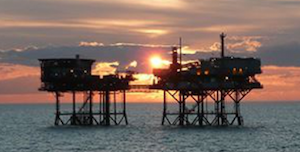 Analysts said the move could increase the UK’s reliance on imported energy.

The UK already imports about half of its gas from Norway, continental Europe, and from Qatar in the form of liquefied natural gas (LNG).

“If we experience a 2-3 week cold snap, the loss of Rough will see us reliant on imports, namely LNG,” Bryan said.

Centrica Storage Limited (CSL) announced on April 12 that it was assessing the future for Rough’s commercial operations.

On Tuesday it said: “CSL has now completed the wells testing programme and has analysed the results of this extensive programme.

“CSL has also completed a review into the feasibility of returning Rough to injection and storage operations and concluded that, as a result of the high operating pressures involved, and the fact that the wells and facilities are at the end of their design life and have suffered a number of different failure modes while testing, CSL cannot safely return the assets and facilities to injection and storage operations.

“Furthermore, from a commercial perspective, an assessment of both the economics of seasonal storage today, and the costs of refurbishment or rebuilding the facility and replacing the wells, suggests that both pathways would not be economic.

“As a consequence, CSL intends to make all relevant applications to permanently end Rough’s status as a storage facility, and to produce all recoverable cushion gas from the field, which is estimated at 183 bcf.”