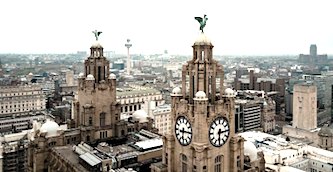 Liverpool City Region’s visitor economy is now worth £4.3 billion, last year welcomed more than 62 million visitors to the region and supports more than 51,500 jobs, according to latest figures.

The findings are contained in the latest independent research for 2016 commissioned by VisitLiverpool, the City Region’s tourist board.

The figures showed that in 2016 there was a 3.9% increase in staying visitors compared to the previous year, with an increase of 6.4% of those staying in serviced accommodation.

They revealed there was a 4% increase in economic impact to £4.3 billion – with shopping and food and drink representing half of the overall value.

For Liverpool alone the value of tourism increased 5% to 2.9 billion, with visitor numbers up 2% to 34.8 million.

These figures were published by the STEAM (Scarborough Tourism Economic Activity Monitor) model which is used throughout the UK tourism industry to measure economic impact of the Visitor Economy, and International Passenger Survey 2016.

Mayor of Liverpool, Joe Anderson, said: “We know how strong and wonderful our visitor economy is, and it’s very encouraging that its economic impact to the City Region has grown again to £4.3 billion, with £2.9 billion of that in Liverpool.

“I’m also delighted that we have increased the number of international visitors by 70,000, resulting in us now being ranked 5th in the UK and overtaking Glasgow.

“We will not rest on our laurels however and with exciting programs planned for the rest of 2017 and particularly in 2018, we anticipate further growth.”