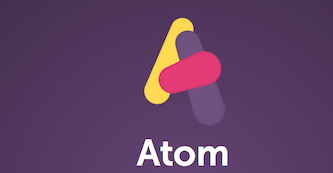 Atom bank, the UK’s first digital only bank, has confirmed its future in Durham by signing a 10-year lease on the city’s Rivergreen Centre.

Atom now employs more than 300 people and has been operating across two sites on the Aykley Heads business park since last September.

The move to Rivergreen Centre brings the Atom bank team back under the same roof where its founders started the business in May 2014.

Atom said the choice of the Rivergreen Centre followed a lengthy review of options across the North East of England and a consideration of future growth objectives for the bank.

The review confirmed Durham’s location as a centre for accessing talent from across the region and its access to the financial centres of London, Edinburgh and Leeds.

The award winning Rivergreen Centre was already hosting the bank’s technology teams, and the bank welcomed the opportunity to move its entire operation into a building that uses biofuel and innovative design to keep its environmental impact to a minimum.

Atom’s Chief Innovation Officer Edward Twiddy said “After three great, but increasingly crowded years in Northumbria House the time has come to bring everyone under one roof and create some space for future ambitions …

“The move to Rivergreen is a really important affirmation of our intentions and I am delighted to be moving into such a high quality and environmentally sensitive building.”

“We wanted to create a positive work environment with an emphasis on the individual and the team while at the same time having a consciously minimal impact upon the environment.

“It’s therefore fitting that Atom bank should choose the building as its preferred location to further develop its business.”

Muckle LLP real estate partner Will McKay said: “Having a major PLC commit to developing its business within the North East is fantastic news for the region.”