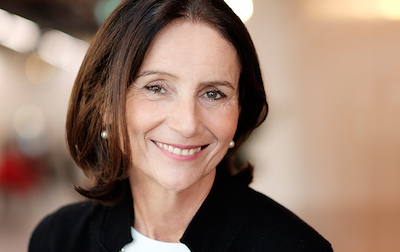 The Confederation of British Industry (CBI) has warned that the UK needs to stay inside the single market and customs union until a final Brexit deal with the EU is in force.

The CBI speaks on behalf of 190,000 British businesses which employ almost seven million people — about one third of the UK’s private sector-employed workforce.

The CBI warned that even with the greatest possible goodwill on both sides of the Brexit talks, it is “impossible” to imagine the details of a new trade deal will be clear by the time the Article 50 process ends on March 29, 2019.

CBI director-general Carolyn Fairbairn said in a lecture at the London School of Economics: “Instead of a cliff edge, the UK needs a bridge to the new EU deal.

“Our proposal is for the UK to seek to stay in the single market and a customs union until a final deal is in force.

“This would create a bridge to the new trading arrangement that, for businesses, feels like the road they are on.”

Fairbairn highlighted the importance of firms making only one transition, rather than forcing them to adapt twice — first to the transition, and then to the final plan.

She said: “Making two transitions, from where firms are now to a staging post and then again to a final deal, would be wasteful, difficult and uncertain in itself.

Fairbairn added: “We’re seeking the most ambitious and comprehensive free trade deal ever agreed in history.”

She warned the prospect of a damaging cliff edge is casting “a long shadow” over businesses resulting in investment decisions being deferred or lost.

Fairbairn concluded: “Agreement is needed fast — waiting until March 2019 is too late.

“The exact mechanisms to achieve this can be debated and negotiated.

“But for businesses making daily decisions about where and how much to invest, this is the simplest answer to the uncertainty they face today.”