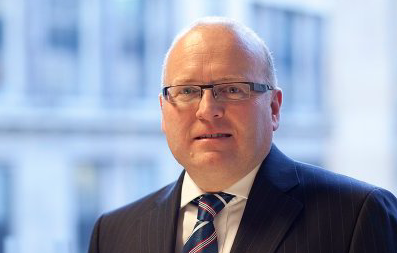 Construction and outsourcing firm Carillion said on Monday it appointed Keith Cochrane — former chief executive of Stagecoach and Weir Group — as its interim chief executive while a search is undertaken for a permanent CEO.

Carillion said Richard Howson stepped down as CEO and from its board as it announced a profit warning and a strategic review, sending its shares down at least 35%.

Carillion said it will undertake a comprehensive review of its business and capital structure “with all options to optimise value for the benefit of shareholders under consideration.”

Dividends for 2017 will be suspended, resulting in a cash saving of £80 million.

Carillion said: “Deterioration in cash flows on a select number of construction contracts led the board to undertake an enhanced review of all of the group’s material contracts, with the support of KPMG and its contracts specialists, as part of the new group finance director’s wider balance sheet review.

“This review has resulted in an expected contract provision of £845 million at 30 June 2017, of which £375 million relates to the UK (majority three PPP projects) and £470 million to overseas markets, the majority of which relates to exiting markets in the Middle East and Canada …

Philip Green, Carillion’s non-executive chairman, said: “Despite making progress against the strategic priorities we set out in our 2016 results announcement in March, average net borrowing has increased above the level we expected, which means that we will no longer be able to meet our target of reducing leverage for the full year.

“We have therefore concluded that we must take immediate action to accelerate the reduction in average net borrowing and are announcing a comprehensive programme of measures to address that, aimed at generating significant cashflow in the short-term.

“In addition, we are also announcing that we are undertaking a thorough review of the business and the capital structure, and the options available to optimise value for the benefit of shareholders.

“We will update the market on the progress of the review at our interim results in September.

“We are fortunate to have had Keith as a non-executive member of our board as he has considerable plc CEO experience.

“Richard will stay with the Group for up to one year to support the transition.”