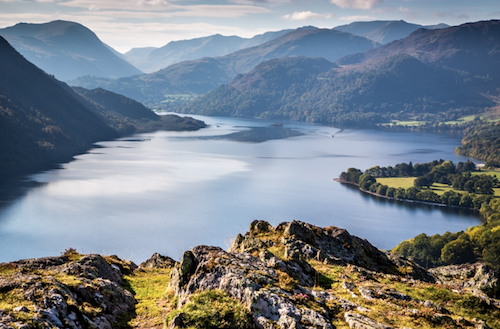 “Located in northwest England, the English Lake District is a mountainous area, whose valleys have been modelled by glaciers in the Ice Age and subsequently shaped by an agro-pastoral land-use system characterized by fields enclosed by walls,” said UNESCO.

“The combined work of nature and human activity has produced a harmonious landscape in which the mountains are mirrored in the lakes.

“Grand houses, gardens and parks have been purposely created to enhance the beauty of this landscape.

“This landscape was greatly appreciated from the 18th century onwards by the Picturesque and later Romantic movements, which celebrated it in paintings, drawings and words.

“It also inspired an awareness of the importance of beautiful landscapes and triggered early efforts to preserve them.”

Lord Clark of Windermere, chairman of the Lake District National Park Partnership which put together the bid, described the decision as “momentous.”

“A great many people have come together to make this happen and we believe the decision will have long and lasting benefits for the spectacular Lake District landscape, the visitors we welcome every year and for the people who call the National Park their home,” he added.

Steve Ratcliffe, director of sustainable development at the Lake District National Park, said the application had been a “long time in the making” and he was “incredibly proud” of the landscape which has been shaped by nature, farming and industry.

He told the committee: “The Lake District now becomes an international and global property and we look forward to working with you and our communities to make sure this site inspires future generations around the world.”

Skipton savings balances up to £14.6 billion