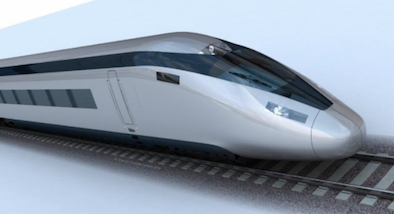 Infrastructure and construction group Balfour Beatty said that it was awarded two contracts by High Speed 2 (HS2) — the UK’s planned high speed rail lines between London and Birmingham, the North-west, East Midlands and Yorkshire — worth a total of £2.5 billion.

The two contracts have been awarded to Balfour Beatty’s 50:50 joint venture with VINCI.

About £6.6 billion HS2 contracts were announced in total, which will support 16,000 jobs across the country.

“HS2 will provide vital infrastructure not only to rebalance the economy, but also to fuel growth in skills, jobs and prosperity across the UK for the future.

“Balfour Beatty’s joint venture with VINCI has world-class capability in this area and our selection as preferred bidder for two sections is a major endorsement of our strength.”

Keith Cochrane, interim CEO, Carillion, said: “We are delighted that our joint venture, CEK, has been selected to deliver two of the three Central contracts for HS2 Phase 1, the London to Birmingham section of the route, reflecting the strength of our joint venture.

“We look forward to working in close collaboration with HS2 to deliver this iconic project.

“Carillion is a leading supplier of infrastructure services with top two positions in both the UK rail and highways sectors, where we work in partnership with key customers, including Network Rail, Highways England and HS2.

“We expect the UK Government’s objective of generating economic growth through investing in infrastructure to continue creating opportunities for us to grow our business in these core markets.”

Market value of North West firms up to £45.6bn