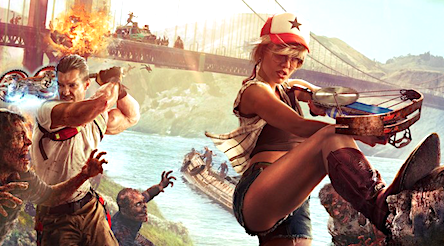 Sheffield-based video gaming giant Sumo Group plc announced the successful pricing of its initial public offering, with a placing 38,445,869 ordinary shares at 100p per share to raise £38.45 million and a vendor placing of 39,704,131 ordinary shares to raise £39.7 million.

“It is expected that dealings in the ordinary shares on AIM will commence at 8.00 a.m. on 21 December 2017 with a market capitalisation at the placing price of £145 million,” said Sumo.

The IPO will provide a partial exit for funds advised by Perwyn LLP, the company’s private equity investor. On admission, Perwyn will hold 28.39% of Sumo’s enlarged ordinary share capital.

Sumo’s management team and Perwyn will, between them, retain a shareholding in the company amounting to 43% of ordinary shares — and the company will have a free float of 57%.

“The directors believe the group’s competitive advantage lies in its scale, management systems, technology and creative solutions, which enable it to offer flexible co-development and full end-to-end solutions for publishers and other developers,” added Sumo Group.

Carl Cavers, founder and CEO of Sumo Digital, said: “We are delighted to announce our intention to float on AIM.

“This is a significant step forward in Sumo’s journey to become a global leader in premium development and creative services to the video game and wider entertainment industries.

“We have had an overwhelmingly positive response to the IPO, which has been very well supported by blue chip institutional investors.

“Our people are our business; we believe our teams are very well positioned to lead the way in one of the world’s most exciting creative industries.

“Being a quoted company in a fast-growing tech sector will, we believe, allow us to execute our strategy, whilst continuing to put quality and creativity at the forefront of the products and services we deliver.”

Sumo Digital was established in 2003 and has studios in Sheffield, Nottingham, Newcastle, India and Vancouver.

Sumo has developed relationships with some of the world’s largest computer games publishers and platform manufacturers including Microsoft, Sony, Sega, CCP Games and IO Interactive.

Since 2003, Sumo has provided co-development and turnkey development services on more than 40 released titles, including contributions to franchises such as OutRun 2, Forza, Hitman, LittleBigPlanet, and Sega & Sonic All-Stars.