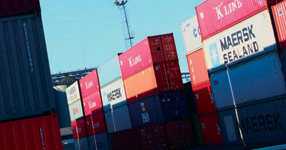 The North East England Chamber of Commerce said the region’s export figures show it is bucking the UK’s downward, national trend with a strong third quarter of £3.16 billion of exports, a £250 million increase on 2016 Q3.

The EU remains the top destination for North East exporters, with a value of £1.93 billion, up 10% on the previous quarter to 60% of the total. The UK’s national average is just more than 50%.

Overall, though, North East exporters made up only 3% of UK exporters and 3.9% of national exporting value.

Machinery and transport goods represented the majority of exports at 55% of the total.

Jack Simpson, policy adviser, North East England Chamber of Commerce said: “While growth has been positive, it has been in the predictable and established markets.

“To help boost global trade, it is essential that the Government encourages and supports business in their exporting missions.

“This will help business access new global opportunities, and promote growth and innovation in their sector.

“It is really positive to see the North East continue to grow in these globally uncertain times, but we believe with the right support, these figures could be even better.”

Non-EU exports totalled £1.24 billion, up from Q3 2016, but lower than previous years and the previous quarter.

The most valuable destination outside the EU in Q3 2017 was Asia & Oceania, worth 32% of non-EU exports.