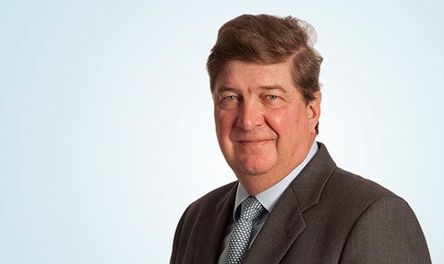 Shares of troubled Bradford-based subprime lender Provident Financial rose about 70% on Tuesday after it announced a £331 million rights issue — a sale of shares — that will increase its capital by more than a third.

Last August, Provident Financial shares plummeted more than 70% after it issued a second profit warning in roughly two months and said then CEO Peter Crook would leave the company and its dividend would be suspended.

Provident said on Tuesday the sale of shares was supported by its two largest shareholders Invesco Asset Management and Woodford Investment Management.

The rights issues would also meet the costs of resolving an investigation by the Financial Conduct Authority (FCA) into its Vanquis Bank business — a settlement it said would cost £172.1 million.

Analysts at Peel Hunt wrote: “Today’s statements are somewhat of an inflection point for Provident.

“A resolution on the ROP issue has been reached (at a cost of £172m), and the rights issue ensures the balance sheet is robust and sufficient to allow the group to focus on the future.”

Exceptional costs for the year were £224.6 million including the costs of settlement with the FCA over investigations into its Vanquis Bank and Moneybarn units together with costs incurred in its migration to its new home credit operating model and subsequent implementation of the recovery plan.

On Tuesday, Provident Financial CEO Malcolm Le May said: “When I became group CEO, I stated my key objective was to execute a turnaround of the group.

“Today we have made progress on that objective by agreeing a resolution with the FCA in relation to Vanquis Bank and we now have a clear view on the estimated cost of the FCA investigation of Moneybarn.

“To grow the business and deliver long-term sustainable returns to our shareholders, PFG needs to strengthen its balance sheet.

“Today we have announced a proposed rights issue to raise net proceeds of £300m which the board believes will allow the group to implement its strategy and restart paying a progressive dividend in 2019.

“The group’s businesses of Vanquis Bank, Provident home credit, Satsuma, and Moneybarn are all well positioned in their markets, with products that customers’ value and which operate well throughout the economic cycle.

“The recovery in Provident home credit is on track with collections performance continuing to improve.

“In 2018, the group will continue to rebuild trust with our customers, regulators, shareholders and employees.

“The group’s turnaround is making progress, but the board and I realise there is still much to do to achieve a customer centric business delivering long-term sustainable returns to our shareholders.”