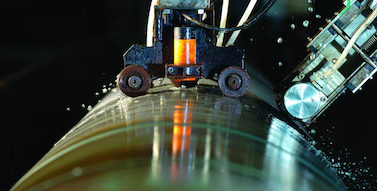 Shares of Sheffield-based specialist engineering group Pressure Technologies plc plunged more than 20% after it said in a trading update that its results for the full year are expected to be “substantially below market expectations.”

In a trading update, Pressure Technologies said that in its Alternative Energy (AE) Division the biogas market has been “frustratingly slow to deliver and it is disappointing to report that only three new upgrader contracts have been awarded since October 2017.”

The firm said the most common reason for this is delays in customer decision making.

“In North and South America, delays have arisen due to slowness in obtaining environmental permits, complexity of contract negotiations and customer funding arrangements,” said Pressure Technologies.

“Delays in the UK have been primarily caused by the Renewable Heat Incentive (RHI) legislation progressing slowly through Parliament, which was approved on 22 May 2018, some four months later than the energy market expected.

“Profit recognition for our upgrading projects is necessarily skewed towards completion, so delays in contract awards experienced to-date will negatively impact our 2018 results and the division will be loss making for the year.

“Following a detailed review of the AE Division and its target markets, we are exploring a number of strategic options that have the potential to unlock value for shareholders.”

In its outlook, Pressure Technologies said: “Our manufacturing divisions continue to have a strong position in the global, safety critical markets they serve.

“With an upturn in the oil and gas market and a well developed position in the defence market, the short-term challenges for these divisions are largely ones of timing.

“Similarly, while markets for our AE Division are expanding we continue to experience frustration in the timing of securing contracts.

“Whilst these timing issues do not affect the medium-term prospects for the group they do have a material short-term impact.

“The outturn for the AE Division is now dictated by projects already in execution, which are insufficient to avoid incurring financial losses for the full-year.

“Delays to the start of the next stage of the Dreadnought programme will also impact Cylinder’s current year but the full extent of this will not be clear until quarter four.

“The cumulative short-term effect of these means that the group’s results for the full year are expected to be substantially below market expectations.”