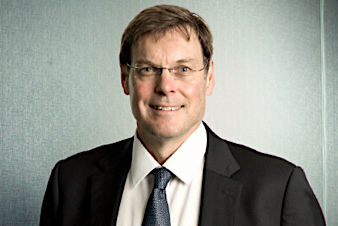 Ferguson has been under pressure to leave the business from former Stobart Group chief executive Andrew Tinkler.

Last month, Stobart Group said that “following the receipt of comprehensive legal advice” it has served notice on Tinkler “summarily terminating his employment.”

The firm claimed Tinkler and his associates were “attempting to secure control of the company.”

Late on Friday, the Stobart Group board announced it would not be publishing the outcome of the AGM vote because votes were still being counted.

If more than 50% of shareholders vote against Ferguson, he will be ousted from the company.

Before the AGM, Stobart Group said: “We remain on track to deliver our medium-term objectives of i) growing our London airport in order to welcome five million passengers a year by 2022, ii) supplying over 3m tonnes of renewable energy fuel per annum by 2022 and iii) realising value through disposal of our non-operating assets to support the dividend.

“We have seen strong progress at London Southend Airport, with the announcement of a new five-year partnership with leading low-cost airline Ryanair.

“This five-year agreement, extendable to ten, will see Ryanair make a $300 million investment by opening a new base at London Southend Airport.

“As a result, Ryanair will operate three planes out of Stobart Group’s London Southend Airport from Summer 2019, providing 13 routes to eight European countries, and will include six new destinations.

“Our Energy division has performed well, with tonnages up 54% year on year due to new contracts becoming operational.

“Following on from a strong track record in prior years, our Infrastructure division generated cash of £25.5m following the successful sale and leaseback of properties and land at our Widnes site. Further non-operating asset disposals are being pursued …

“A quarterly interim dividend of 4.5p will be paid today to shareholders who were on the register at 15 June 2018, bringing the total dividend for the year to 18.0p per share …

“Stobart Group further announces that Richard Laycock has decided to step down as its Chief Financial Officer and Executive Director and will not be putting himself forward for election at the AGM, but will continue to support the Stobart Group business.

“The Group has started the year trading satisfactorily and a further update will be provided when it announces its results for the six months to 31 August 2018, which is expected to be made on 18 October 2018.”

Stobart Group CEO Warwick Brady said: “Since stepping into my role last year, we have made significant progress across our business divisions, and continue to focus on delivering on our ambition to double the value of the business by 2022.”

After the AGM, Stobart Group said: “The Board of Stobart Group Ltd announces that the counting of the votes in relation to the resolutions put at today’s Annual General Meeting is continuing and the results will not be known today. A further announcement will be made in due course.