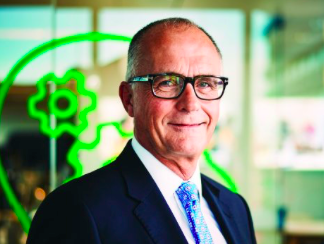 Hare joined Sage in January 2014 as chief financial officer and was appointed to the additional post of interim chief operating officer on August 31, 2018, when Stephen Kelly stood down as CEO.

Hare will receive a basic annual salary of £770,000 and a pension contribution of 15% of salary.

He will also receive bonus and long term incentives on the normal cycle, and all other benefits, in accordance with the current directors’ remuneration policy.

Sage will now start the process to find a new chief financial officer.

Hare will combine his duties as chief financial officer with those as chief executive officer, supported by senior finance colleagues below board level, until an appointment is made.

Sage chairman Donald Brydon said: “I am delighted Steve has agreed to lead Sage on the next stage of its journey to become a great SaaS business.

“He has impressed the board with the momentum, focus and clarity he has brought to the organisation over the last few months as COO but also throughout his tenure as CFO.

“As we looked externally for the experience, vision and deep knowledge required to accelerate operational execution it very quickly became clear through Steve’s early decisions and his clear prioritisation that he is the right person to lead Sage.”

Hare said: “It is an honour to be asked to lead Sage as CEO. I continue to believe that by putting our customers, our people and innovation at the heart of everything we do, we will succeed in our journey to becoming a great SaaS business.”