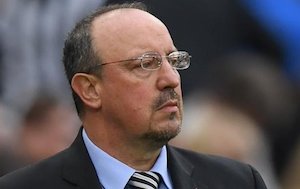 Newcastle United announced on Monday that its manager Rafael Benítez will leave the club when his contract expires on June 30, 2019.

There has been recent speculation that Newcastle United’s owner Mike Ashley has been in talks to sell the club to United Arab Emirates billionaire Sheikh Khaled bin Zayed Al Nahyan’s investment group.

“We have worked hard to extend Rafa’s contract over a significant period of time, however it has not been — and will not be– possible to reach an agreement with Rafa and his representatives,” said the club.

Former Newcastle and England striker Alan Shearer tweeted: “A world class manager. A manager who performed so well in very difficult circumstances. A manager who understood the fans. Thanks and good luck @rafabenitezweb you were brilliant for the Toon. #SHAMBLES “

“We would like to thank Rafa and his coaching team for their efforts over the last three years and their significant contribution to what has been collectively achieved.

“We would also like to thank our supporters, players and staff for their patience during a period of uncertainty.

“The process to appoint a successor will now begin.”