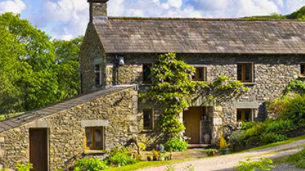 The number of private equity deals in the North of England rose 17% in 2019 with 46 completed transactions compared with 39 in 2018.

There were a number of significant deals in the North East, North West and Yorkshire and Humberside.

These include the sale of holiday home firm Sykes Cottages by Livingbridge to private equity firm Vitruvian Partners in October for £375 million, Macquarie’s public-to-private acquisition of Premier Technical Services Group for £300 million, and Braveheart Investment Group’s purchase of the £112 million in remaining shares of scientific instrument company Paraytec.

Andi Tomkinson, partner at Equistone Partners Europe, said: “While the overall volume of UK transactions fell again in 2019, this is perhaps unsurprising considering the recent unstable economic outlook, and it is encouraging to see the volume of Northern deals climbing to rival those in the South.

“With the general election over, it will be interesting to reflect on how this impacts investment in 2020 – this may lead to a jump in both value and volume of deals in the North and the UK as a whole.”

Investec’s Dan Sheahan commented: “Although the market has been waiting for political clarity and certainty, strong, promising companies are still able to find buyers.

“The North of England contains a wealth of promising companies, attracting capital not just within the UK, but from overseas too, particularly in the tech sector.

“As the UK’s political future becomes more certain, this is only set to grow.”