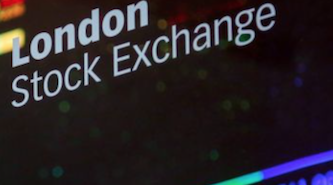 The London Stock Exchange said 521bonds were issued on the LSE during the first half of 2020, with $358 billionin debt capital raised.

In its Debt Capital Markets Q2 2020 Update, the LSE said London saw a 3% “uptick” in bond issuance compared to the first half of 2019, and retained its Number 2 ranking amongst major venues.

“In Q2 2020, London Stock Exchange saw deals from corporate, FIG, sovereign and supranational issuers, with a total of $257bn raised by global issuers through 260 bonds,” said the LSE.

“International Securities Market (ISM) continues to grow, now with 178 admitted bonds, raising £49.2bn from 59 issuers from across the world.”

LSE added:”It has been an eventful Q2, and indeed first half of the year in the Debt Capital Markets …

“Global macro dynamics continue to be impacted by COVID-19, with global issuance volumes growing compared to Q2 2019, led by a spike of activity April 2020, led by supranationals, governments and investment grade corporates.