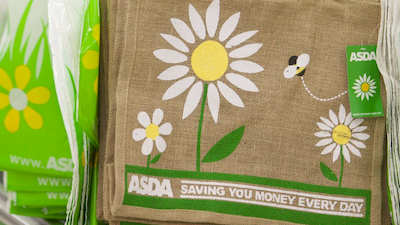 Walmart said on Monday it has restarted talks with potential buyers of a majority stake in its Leeds-based supermarket firm Asda.

“Walmart and Asda have restarted conversations with a small number of third-party investors who are interested in acquiring a stake in Asda and partnering with Walmart, following renewed inbound interest,” said a Walmart spokesman.

After Asda’s attempt to merge with Sainsbury’s was blocked by the UK’s competition regulator last year, Walmart initially said it was considering a stock market listing for Asda.

However, in February this year Walmart said it was in talks with possible buyers of a majority stake in Asda.

Those talks were put on hold in April so management could focus on the COVID-19 crisis.

“We believe now is the right time to explore options for a third party to invest in our business to accelerate the long-term delivery of our value strategy, both in stores and online,” the Walmart spokesman said.

“There is no certainty that a transaction will happen and we will not be providing any further comments on these discussions.”

Bloomberg reported that Asda could fetch a valuation similar to the £7.3 billion that Sainsbury’s offered in 2018.