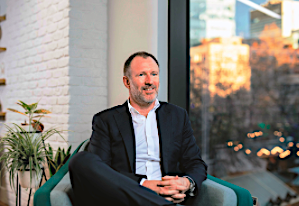 Manchester-based commercial property giant Bruntwood announced that 80% of its March quarter rents had been collected as at April 20, 2021, and 95% of December quarter rents and 97% of September rents were collected “with the balance being on payment plans or being actively pursued.”

The collection rates were included in a stock market update.

On its financial position, Brentwood said: “As at 20th April, the Group has £17m of cash reserves, £40m of undrawn committed available facilities and £68m of unencumbered assets upon which further finance could be secured.

“In addition, the group has £19m of retained bonds which it could issue to the market.

“Based on the output of these models, the board considers there to be sufficient income and valuation headroom across Bruntwood’s debt facilities and does not expect Bruntwood to breach any terms relating to them.

“We have modelled the forecast covenant performance on each loan facility.

“Valuation covenant headroom is in excess of 35% on the majority of our facilities and in excess of 20% on our NatWest Club facility.

“Income would have to fall by over 35% on all of our facilities before any interest cover covenants are breached.

“In addition, we would expect that the existence of £68m of unencumbered assets would provide the resources to remedy any breaches in such circumstances.

“The earliest major bank facility maturity is not until March 2022.”

Bruntwood CEO Chris Oglesby said: “Since the start of January’s national lockdown we and most of our customers largely operated remotely although our buildings remain open to support those who cannot work from home.

“Footfall in our buildings had been around 25% of pre pandemic levels initially but we have seen this change sharply as the Government restrictions have begun to ease.

“As of early April, footfall was 40% of pre pandemic levels and we expect to see this continue to rise over the coming weeks as businesses begin a phased return to the workplace.

“We know from engagement in the business communities in our cities the value that businesses are placing on their offices as places for people to collaborate, create and develop strong business cultures.”