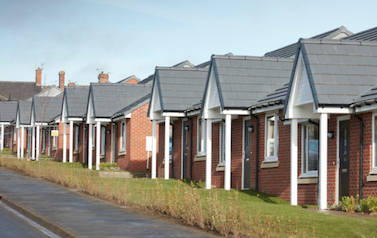 The move follows Legal & General’s recent commitments of £100 million and £350 million for landmark regeneration projects in Sunderland and Newcastle respectively.

“The funding will support believe housing’s strategic development goal to deliver over 1,200 new affordable homes over the next five years,” said LGIM.

“The housing association’s 18,000 homes cover almost 900 square miles from the Durham coast to the Pennines.

“With LGIM Real Assets commitment, Believe Housing will use the funding to refinance existing debt, deliver new homes, and for general corporate purposes including investments in existing homes.

“Believe Housing has also recently become the first organisation in the sector to achieve the Carbon Neutral International Standard, demonstrating its commitment to reduce emissions and improve energy efficiency.

“The delivery of believe housing’s pipeline of new homes will serve the communities in which it operates, as well as play an important role in the UK’s chronically undersupplied social housing sector – socially, economically and environmentally.”

Alan Smith, Executive Director of Investment, Growth and Performance at Believe Housing, said: “This funding will guarantee that our vision of a life without barriers can be brought to more people right across the region.

“It’s great news for us, and the affordable housing sector as a whole, that major private sector funders share our passion for doing the right thing for customers, for the business and in this case for the environment too.”

“We’re delighted to place decarbonisation firmly at the centre of the investment, rather than something that’s talked about on the side-lines.

“The fundamental need for good quality, affordable homes has not changed.

“We are delighted to bolster our commitment to the social housing sector, and investment in the North East.

“Believe Housing marks yet another milestone for Legal & General’s backing for the North East, having recently committed £100 million and £350 million to landmark regeneration projects in Sunderland and Newcastle respectively.”