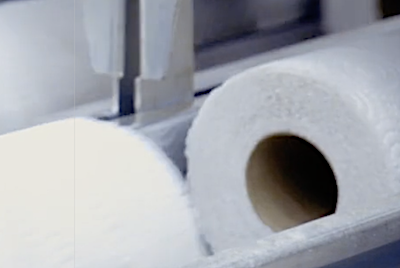 Blackburn-based toilet roll and tissue maker Accrol Group on Tuesday reported revenue growth of 18.3% to £73.7 million for the six months ended October 31, 2021, “reflecting the successful scaling and diversification of the business” since the acquisitions of Leicester Tissue Company (LTC) and biodegradable wet wipe business John Dale.

The Blackburn firm said profitability will be impacted in the short-term as it reported a wider loss before tax of £3.5 million for the six months.

Nonetheless, Accrol said it is on track to deliver full-year revenue growth of 17% to about £160 million and adjusted EBITDA of around £9 million despite an annualised increase in costs of roughly £50 million.

The company said a full strategic review is under way “to capitalise on the evident strength of the business’ market position, its balance sheet, and its solvency, underpinned by significant banking support, to ensure that shareholder value is optimised.”

Accrol is a leading supplier of toilet tissue, kitchen rolls, facial tissues and wet wipes to many of the UK’s leading discounters and retailers.

Accrol CEO Gareth Jenkins said: “This has been one of the most challenging periods in the industry that I have experienced in my 25-year career.

“Despite the challenges, the group is on track to recover the cost increases that it has absorbed, as a result of these challenging market dynamics, from its supportive retailer customer base.

“Whilst the profitability of the group will be impacted in the short-term, due to the time-lag on price increase implementation (averaging 2-3 months), we expect to exit the year in a strong position both operationally and commercially.

“Improving market conditions during the period did, however, result in month-on-month growth throughout H1 22, as shopping behaviours started to normalise.

“The flushable range of products has been well received by retailers and wet wipe sales were up 33% in the first six months of ownership.

“In addition, our new direct to consumer markets, supplied by our Oceans brand (revenues up c.140% in last six months, compared to prior six months) and our recently launched Amazon offering.”