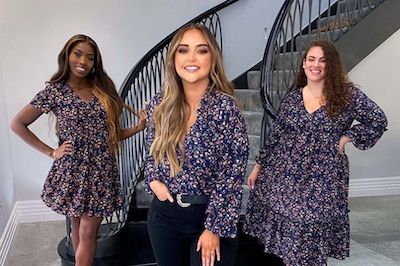 Shares of Salford-based fashion firm In The Style fell about 3% on Wednesday as it published a positive update on Christmas trading for the eight weeks to December 31, 2021, and said that Paul Masters, its chief financial officer (CFO) and chief operating officer (COO), will leave in March “to focus on his health.”

It said it now anticipates achieving strong revenue growth for the financial year ended March 31, 2022, “in the range of £55m to £57m, in line with market expectations.”

On Masters’ departure, the company said: “Paul joined In The Style in 2017 and during his tenure as CFO & COO has played an integral role in driving the company’s growth, including leading the business through its successful IPO in March 2020.

“After a thorough search process, the board is pleased to announce that Richard Monaghan will succeed Paul in the role of CFO.

“Richard will join In The Style in mid-March 2022, and will work with Paul to ensure a smooth transition.

“The operational aspects of Paul’s combined role will come under the responsibility of Sam Perkins, CEO, who has significant experience in these areas.

“Richard is an ICAEW qualified Chartered Accountant and is currently Director of Finance at Victorian Plumbing, where he played a pivotal role in the company’s recent IPO.

“He was previously Deputy CFO and Group Financial Controller at Autotrader where he supported the business through its 2015 IPO.

“Richard, aged 33, does not hold any other directorships and holds no ordinary shares in the company.”

In The Style chairman Jim Sharp said: “On behalf of the board and everyone at In The Style I would like to thank Paul for his outstanding commitment and significant contributions to the group’s success over recent years, which has been a truly transformational period for the group.

“We wish him the very best for the future and are fully supportive of the difficult decision he has had to make at this time.

“We are delighted to have appointed Richard to the role of CFO.

“Richard is an outstanding candidate with extensive experience at consumer-facing brands and public companies, and I have no doubt that he will play a critical role in helping In The Style to achieve its exciting growth plans over the years to come.”