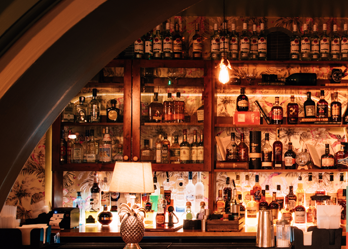 The UK’s Financial Reporting Council (FRC) announced it has imposed sanctions — including fines totalling £910,000 — against KPMG and its former employee Michael Frankish in relation to audits of Greater Manchester-based Revolution Bars Group Plc for the years ended June 30, 2015, and July 2, 2016.

“Frankish performed the role of audit engagement partner in respect of the audits on behalf of KPMG (although he was not a partner in the firm),” said the FRC.

The FRC said it imposed a financial sanction on KPMG of £1,250,000 “adjusted for aggravating and mitigating factors and discounted for admissions and early disposal to £875,000.”

The council also delivered a severe reprimand for KPMG and a “declaration that the reports signed on behalf of KPMG in respect of the audits did not satisfy the requirement to conduct the audit in accordance with relevant standards.”

The FRC also announced a “requirement for KPMG to analyse the underlying causes of the breaches of relevant standards, to identify and implement any remedial measures necessary to prevent a recurrence, and to report to the FRC at each stage of the process.”

The council imposed on Frankish a financial sanction of £50,000 “adjusted for aggravating and mitigating factors and discounted for admissions and early disposal to £35,000” and a severe reprimand.

The FRC also published a requirement for Frankish, who moved to another firm in 2017, “to analyse the underlying causes of his role in the breaches of relevant standards, to identify and implement any necessary remedial measures as part of his appraisal and personal development arrangements, and to report to the FRC at each stage of the process.”

KPMG will also pay the FRC’s costs of the investigation.

“KPMG and Mr Frankish have accepted failures in their work on the audits of the company, a leading UK operator of premium bars and a newly listed entity,” said the FRC.

“The failings relate to three specific areas of the audits: supplier rebates and listing fees; share-based payments; and (for FY2016 only) deferred taxation.

“Consequently, the audits failed to achieve their principal objective of providing reasonable assurance that the financial statements were free from material misstatement.

“The failings in respect of supplier rebates and listing fees were aggravated by the fact that the FRC had made auditors aware, through publications in 2014 and 2015, that such complex supplier arrangements were an area of particular audit risk and would be a focus of its inspection activity.

“In determining the sanctions to be imposed, executive counsel has taken into account that these were serious breaches but were not intentional, dishonest, deliberate or reckless, and that the respondents provided a good level of cooperation during the investigation, including making early admissions in respect of the breaches.

“In addition, regard was had to Mr Frankish’s good prior disciplinary record and that he was a director at the time of the work in question and not a partner.”

Jamie Symington, Deputy Executive Counsel to the FRC, said: “KPMG’s failings in this case persisted for two years and across multiple areas.

“They included complex supplier arrangements which the FRC had previously identified as an area of regulatory focus, albeit that in this case their impact on the financial statements was minor.

“The audit client was a newly listed and relatively small company, but the breaches were nevertheless serious, including lack of professional scepticism.

“The FRC has required KPMG and Mr Frankish to take action to mitigate or prevent breaches recurring.

“The package of financial and non-financial sanctions should help to improve the quality of future audits.”