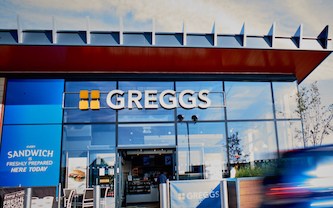 However, Greggs CEO Roger Whiteside warned that cost pressures are currently “more significant than our initial expectations” and the firm does “not currently expect material profit progression in the year ahead.”

The CEO said: “Cost pressures will be a particular feature of the year ahead, with inflation impacting on raw materials, energy and people costs …”

Whiteside told Reuters: “All the proteins, all the cereals, all the oils — everything’s going up in price.”

Profit sharing at the firm has also recommenced.

“As a result of the return to profitability we are able to recommence our long tradition of sharing ten per cent of our profits with colleagues each year and in March 2022 we will share £16.6 million with our people as a result of our performance in 2021,” said Greggs.

“We finished 2021 with a very strong cash position that will support our ambitious plans to invest for further growth … as well as the recommencement of dividend payments to our shareholders.”

CEO Whiteside said: “Our results and achievements in 2021 show that we have emerged from the pandemic both stronger and better as a business.

“I would like to thank, once again, all of our teams across the country who rose so well to meet the challenges of the last two years.

“We have started 2022 well, helped by the easing of restrictions.

“Cost pressures are currently more significant than our initial expectations and, as ever, we will work to mitigate the impact of this on customers, however given this dynamic we do not currently expect material profit progression in the year ahead.

“Despite these near-term pressures, we continue to believe that the opportunities for Greggs have never been more exciting.

“Our investment over recent years has left the business well-placed to move quickly as the economy recovers and we drive our ambitious plans to become a larger, multi-channel business.”

Greggs’ retail and property director Roisin Currie will succeed Whiteside as chief executive when he retires in May.

AJ Bell investment director Russ Mould said: “It was inevitable that the price of a sausage roll would have to go up again in the current inflationary environment, but to Greggs’ advantage is its low prices relative to many other ‘food on the go’ retailers such as Marks & Spencer.

“The nation is having to get used to more expensive products and a company like Greggs has three main options to deal with this situation.

“It could stomach all the extra raw material and running costs and keep prices the same, which would hurt its profit margins.

“Second, it could go down the shrinkflation route and make products smaller while selling them at the same price as the older, larger versions.

“Or it could simply pass on the costs to the customer through higher prices.

“When you’re talking current prices of a pound or so, nudging up prices by 10% or 20% isn’t going to break the bank for most customers, and so Greggs is perhaps better placed than larger-ticket retailers to cope with the current inflationary environment.

“This year is proving to be a real challenge for consumer-facing businesses as the cost-of-living spirals ever upwards.

“A lot has been said about the concept of pricing power, whereby a company has such a strong brand that demand won’t be affected if prices go up.

“But when you have multiple price increases in short succession, there comes a point when demand might be dampened.

“It’s fair to say that Greggs has pricing power and could probably push up prices further without hurting demand.

“Yet Greggs is being overly cautious and warning of no material profit growth this year. That is going to be the case for many retailers.

“In fact, simply managing to match last year’s profit might be turn out to be a good result for retailers in 2022 given the headwinds to earnings.

“Even though the cost pressures and demand risks might seem painful now, Greggs has its eye on the longer-term prize which is having a much bigger business.

“It is laying the foundations by strengthening its infrastructure to support greater store numbers, longer opening hours and more delivery orders.

“Weaker retailers might halt such investment in trouble times, so the fact Greggs is ploughing ahead says a lot about the resilience of its business.”