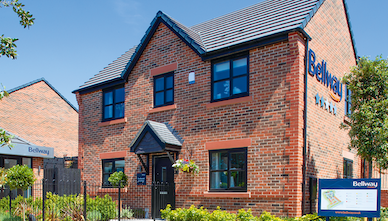 Newcastle-based house building giant Bellway announced its housing revenue rose 13% to a record high of over £3.5 billion as it published a trading update for the year ended July 31, 2022.

“This slight moderation from the level in financial year 2022 reflects expected changes in geographical and product mix, as previously guided,” said the Newcastle firm.

Bellway reported a “strong” forward sales position with an order book comprising 7,223 homes at a value of £2.114 billion.

“This underpins our previously announced ambition to deliver an annual output of around 12,200 homes for the year ending 31 July 2023, representing volume growth of around 20% over a two-year period,” said the company.

In its outlook, the Newcastle company said: “Bellway has entered the new financial year in a robust position.

“Our sizeable order book, strengthened land bank and well-capitalised balance sheet provide a strong platform to deliver our growth ambitions, notwithstanding the wider economic uncertainties and the upcoming end of the Help-to-Buy scheme in March 2023.

“The board still expects the group to deliver further volume growth, in financial year 2023, to an annual record output of around 12,200 homes, with the timing of outlet openings expected to drive a second half weighting for completions.”