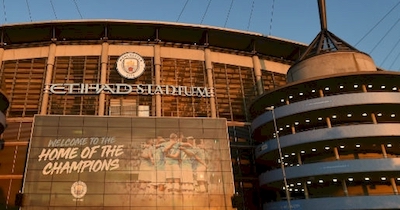 Manchester City Football Club has released its Annual Report for the 2021-22 season, announcing the “highest-ever revenues and profits in the club’s history.”

The club reported record revenues of £613 million, record profit of £41.7 million — and payroll costs of £354 million.

Manchester City has 549 employees. It has 257 football staff, including players.

“Several factors contributed to the club’s record-breaking financial results and continued profitability, including fans returning to the Etihad Stadium and the increase of the clubs’ wider commercial revenues,” said Manchester City.

“The £67.7 million profit City generated from the transfer of players’ registrations took the total above £250 million over the last five years and this will grow even further in 2022/23 following the club’s unprecedented transfer business in the 2022 summer window.”

City chairman Khaldoon Al Mubarak said: “The statistics and results show that in many ways we are beginning to achieve our long-term ambition.

“A clean sweep of Premier League titles two years in a row.

“In addition, our women’s team qualified for the Champions League for the seventh successive season. Over the summer, seven City players went on to lift the UEFA Women’s EURO 2022 trophy.”

Chief Executive Officer Ferran Soriano said: “Our strong revenue performance was due to multiple factors, but ultimately driven by the beautiful football we play and the continuous fan growth that it generates; more fans, more audiences, more people in the stadium, and more partners that want to be commercially associated with Manchester City.”