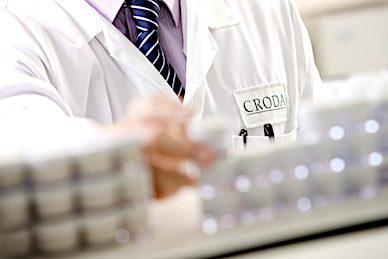 Croda said Maiden, who joined Croda in January 2015, will step down from the board at the annual general meeting on April 26 next year and retire from the company on May 31.

Burdett will succeed Maiden on March 13 next year.

Croda said: “Jez joined Croda in January 2015, subsequently transforming the Finance, IT and Digital functions, and developing a broad, diverse pool of talent.

“He has modernised Croda’s processes, introduced new standards of operational excellence and financial reporting, and closely supported the Chief Executive in the development and deployment of Croda’s strategy.

“Jez led the creation of Croda’s sustainability metrics, as well as its approach to capital allocation, which has underpinned shareholder value creation by enabling investment in organic growth, targeted acquisitions and strong returns.

“He also co-led the successful separation of the majority of Croda’s Performance Technology and Industrial Chemicals businesses, accelerating the Company’s transition to be a pure-play Consumer Care and Life Sciences business.”

Croda chair Anita Frew said: “On behalf of the Board and all my Croda colleagues, I would like to thank Jez for his outstanding contribution over the last eight years.

“He has been instrumental in the development and growth of Croda, always nurturing a culture of transformation. I have hugely appreciated his diligence, intellect and thoughtful approach, particularly his contribution to Board debate, and wish him the very best wishes for the future.

“I am delighted that we have been able to appoint Louisa as Group Finance Director. She has an exceptional ten-year track record as a CFO of listed companies, with valuable experience both in speciality chemicals and the broader manufacturing sector. We look forward to welcoming Louisa to Croda in the New Year.”