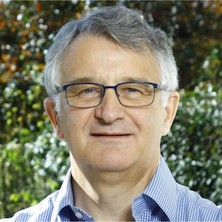 Soft drinks giant Britvic announced that it has appointed former Greggs chair Ian Durant as an independent non-executive director and chair designate, with the appointment taking effect from February 1, 2023.

Britvic combines its own brand portfolio including Fruit Shoot, Robinsons, Tango, J2O, London Essence, Teisseire and MiWadi with PepsiCo brands such as Pepsi, 7UP and Lipton Ice Tea which Britvic produces and sells in Great Britain and Ireland under exclusive PepsiCo agreements.

“John Daly is due to step down as Britvic’s chair on his planned retirement from the board in the summer of 2023, after serving for over eight years, at which point Ian will become chair,” said Britvic.

“This early appointment will allow for a meaningful handover period, as part of a planned succession.

“John Daly was appointed chair of Britvic in September 2017, having first joined the board in January 2015 as an independent non-executive director, before becoming senior independent director in 2016.

“Ian has many years of experience in consumer facing businesses and in retail.

“He currently serves as the chair of Warren Partners Ltd, having recently stepped down as chair of Greggs plc and has previously served as chair of DFS Furniture plc and Capital & Countries Properties plc in the last five years.

“Other boards he has served on as a non-executive director include Greene King plc, Home Retail Group PLC and Westbury plc.”

Daly said: “Chairing Britvic has been an honour and a privilege.

“I am proud of what the company, under Simon Litherland’s leadership, has delivered, and the way in which the board has worked alongside the business.

“Over this time, Britvic’s success and holistic growth ambitions have transformed its standing in the world of consumer goods companies.

“When my tenure draws to its close next year, I will be sad to leave the company, though I know I will be leaving the board in very capable hands, and I look forward to welcoming Ian to the team.”

Durant said: “I am delighted to be joining Britvic.

“It is a well-managed and well-invested business, with a superb portfolio of soft drinks brands.

“Britvic boasts a strong track record of delivery for all of its stakeholders and it benefits from a highly motivated and talented team right across the business.

“I very much look forward to working alongside John and the wider board and supporting the company as it builds on the impressive foundations the team has laid over recent years.”

Britivic CEO said Simon Litherland: “On behalf of the board and management team of Britvic, I would like to thank John for the significant contribution he has made to Britvic, in particular over the last six years as chair.

“John’s guidance, support and commitment have been of real benefit to Britvic, and to me.  I also look forward to welcoming Ian to the company when he joins us next year.”