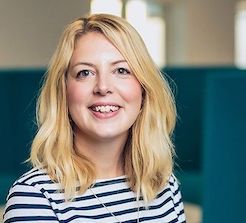 Almost one in five (19%) investors on the AJ Bell platform plan to use money from their ISA, pension or investment account to help family with the rising cost of living.

The findings are from a survey of nearly 2,700 customers of Salford-based AJ Bell conducted in December 2022.

AJ Bell said the survey illustrates that those who have built their investments “are using some of their gains to support younger family members facing a financial squeeze.”

A total of 19% of investors said they were considering using money from their investments to help friends and family manage the rising cost of living, with 7% having already done so and 13% considering it.

The majority (52%) indicated the financial gift would be in excess of £2,000, with the rest looking to gift more modest amounts.

Most said the money was earmarked for a particular purpose, with household bills (16%) being the most common use.

A further 12% said the money would be used on mortgage payments, while 5% said it would cover rising rents.

Another 12% said the money was to be used to fund a one-off cost like a boiler repair or new car purchase.

About 25% said the money was not intended to cover a specific cost, while some cited other reasons like food bills, money for home improvements and repairs, IVF, education fees, medical bills or childcare.

Laura Suter, head of personal finance at AJ Bell, said: “The Bank of Mum and Dad, and the Bank of Granny and Grandad, will be dipping into their savings to help their family with the cost of living at the moment.

“With rent, mortgages, food and just about every other cost rising it’s understandable that those with more money stashed away want to help their family and friends.

“Younger people have less financial resilience, generally being in lower-paid jobs, having had less time to build up savings and being in more precarious housing situations, so they are more likely to need a cash boost at the moment.

“Older generations may also prefer to gift money while they are still alive, so they can help family out now and see the benefit of their support. But anyone gifting money needs to make sure they aren’t depriving themselves, particularly if they may face costs later in life.

“However, anyone gifting money need to be mindful of hidden tax rules that could come back to bite later.

“Anyone can gift up to £3,000 of money each year without hitting inheritance tax rules, with extra gifts for certain family members getting married. But any amount over that will be subject to a seven-year taper before it’s free of inheritance tax.

“If you plan to gift larger sums of money it might be wise to spread it over a couple of tax years to use up gifting allowances.

“You could also make use of a little-known rule whereby you can make regular gifts to help with someone’s living costs, so long as it comes out of your monthly income and doesn’t leave you short each month.

“Anyone dipping into investments outside of their ISA could be hit with capital gains tax, if they have significant gains on the money.

“Everyone has a £12,300 allowance each year before they are hit with the tax, but this is dropping from next year.

“It would be wise to be aware of this limit, as the last thing you want if gifting money to family is being hit with a big tax bill.”