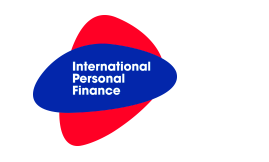 Shares of Leeds-based International Personal Finance (IPF) fell about 10% after the home credit firm said its profit before tax fell 20% in 2016 to £92.6 million on revenue up 1.2% to £755.9 million amid regulatory issues in Poland and stiff competition from payday lenders and digital loan rivals.

Shares of the firm have fallen almost 40% in the past year, giving it a current stock market value of roughly £365 million. The company has fallen out of the FTSE 250 Index.

IPF said the reduction in profit at its home credit business was driven primarily by three issues — the introduction of new total cost of credit legislation in Poland, higher levels of impairment in Mexico, and the wind down of its Slovakian operation.

It said these problems were offset partially by strong profit growth in southern Europe.

“The demand for digital loans has led to a rapid increase in online providers and the competitive landscape remains intense, particularly in Europe,” said IPF.

“As 2016 progressed, we saw the proliferation of payday lenders in virtually all of our markets.

“In addition, we saw the risk appetite of banks in Europe grow and their advertising began to target our most creditworthy customers.

“Whilst digital lending has taken market share, we believe that over the longer term, it will co-exist with home credit.

“This is because the involvement of an agent at the customer’s home allows us to gain a unique and greater understanding of their financial circumstances so we are able to lend where a remote lending business cannot.”

IPF chief executive Gerard Ryan, said: “It has been a difficult year for our company and its shareholders.

“Performance in our Mexican home credit business was below our original expectations but actions taken delivered a significantly improved performance in the second half of the year.

“We expect the competitive and regulatory environment to remain challenging but we continue to see further opportunities to optimise our European home credit operations and will utilise the returns generated by these businesses to invest in growing Mexico home credit and IPF Digital.”