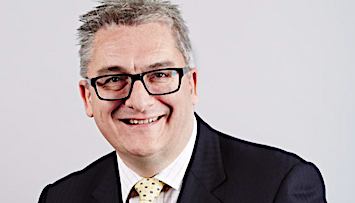 Leeds-based WYG, the AIM-listed project management consultancy, announced the appointment of a new chief executive as it unveiled results for the year to March 31, 2017, showing revenue up 14% to £151.8 million and adjusted profit before tax up 17% to £8.2 million.

“Douglas has over 30 years’ experience in the construction industry, and was until recently chief executive officer of Sweett Group plc, managing approximately £90m of revenue and over 1,500 staff across 18 countries,” said WYG.

“During his 18 months in the role Douglas established a period of improved stability, creating significant value for shareholders.

“Previously, Douglas was Group Managing Director, Rail, Atkins (UK), managing more than £200 million of revenues and over 1,700 staff across the UK, India and China.”

Hamer joined WYG in July 2008 and was appointed CEO in March 2009 to oversee the transformation of the firm.

Hamer led the business through two major financial restructurings in 2009-10 and 2011, returning the group to profitability, and a period of significant growth.

WYG reported a 12% increase in UK revenue to £107.6 million, an 80% increase in Middle East & North Africa including Turkey (MENA) revenues to £23.8 million, and a 15% reduction in revenues in Europe, Africa & Asia (EAA) reflecting the results in its Polish operation, partially offset by growth in Africa and Rest of World.

WYG added: “Trading in the current financial year is in line with the board’s expectations, with good revenue growth coming though in the UK.”