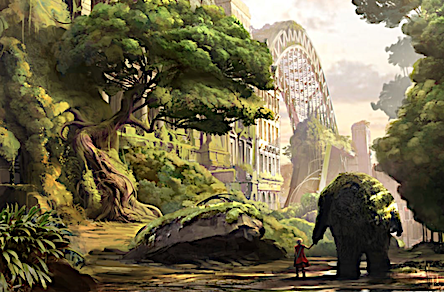 Sumo Digital is backed by investment firm Perwyn. Terms of the deal were undisclosed.

Atomhawk’s portfolio features work on blockbuster movies and games across PC, console and virtual reality platforms — including Marvel Studios’ Guardians of the Galaxy and games Injustice and Eve: Valkyrie.

“Both companies will continue to operate independently with the acquisition allowing us to accelerate growth across the group.

“Atomhawk and Sumo Digital have a long-standing relationship and look forward to realising their shared vision of creating a powerhouse for high quality creative and development services that will benefit current and future clients across all sectors.”

Atomhawk managing director Cumron Ashtiani said: “This investment and strategic support enables us to realise our ambitions to drive Atomhawk forward – expanding the creative services we offer and the imminent opening of a second studio in North America.”

Sumo Digital employs more than 400 across its three studios in Sheffield, Nottingham, and Pune, India.

Sumo Digital works across a portfolio of games featuring titles for major publishers including Microsoft, Sony, Sega and Disney Interactive.

Current titles in development include Crackdown 3 in collaboration with Reagent and Microsoft, and Dead Island 2 for Koch Media.

Atomhawk works with some of the biggest names in the entertainment industry including Microsoft, Amazon, Lego and Sony and has worked on high profile franchises such as Guardians of the Galaxy for Marvel, Injustice and Mortal Kombat for Warner Brothers and Eve: Valkyrie for CCP.