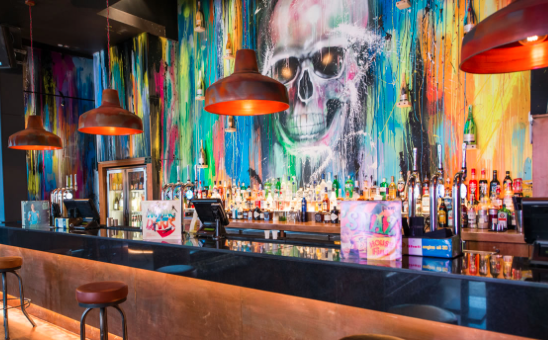 Manchester-based Revolution Bars Group on Tuesday rejected a merger approach from nightclub company Deltic Group and said it would continue to discuss a £100 million takeover proposal from Stonegate Pub Company.

“The board confirms that it received a possible proposal from Deltic and thereafter met with Deltic,” said Revolution Bars Group.

“Based on these preliminary interactions, the board had concerns over both the value and deliverability of the combination and did not see any merit in progressing their proposal as the board believes that a combination of Revolution and Deltic is not in the best interest of shareholders at this time.

“The company continues to engage with Stonegate Pub Company Limited in connection with the possible offer, as announced on 31 July 2017.”

Revolution received a conditional proposal from Stonegate to acquire Revolution “on a recommended basis” at an offer price of 200p per share in cash — about £100 million.

In a statement, Deltic said: “Deltic believes that if a firm offer by Stonegate is made, and is recommended by the Revolution Board, it would be a disappointing outcome after two years of roll out and investment to merely return to its shareholders the same value of the business as at its 2015 IPO …

“Deltic believes that a combination of its business with Revolution would transform the scalability of the enlarged group, provide scope for material synergies and enable the operational issues within Revolution to be better addressed through Deltic’s management team taking responsibility for both businesses, creating a powerhouse group in its sector that can exploit further opportunities to both expand and consolidate the market.

“Accordingly, Deltic has proposed to Revolution that they explore on an expedited timescale an all share merger subject to negotiation of appropriate merger terms, reciprocal due diligence and Revolution shareholder approval, a transaction which would be effected through an acquisition of Deltic by Revolution using Revolution shares as consideration.

“Any such transaction would be subject to the grant of a whitewash waiver by The Panel on Takeovers and Mergers.

“The combined business would continue to be listed on the London Stock Exchange, which Deltic believes could create significant medium-term value potentially of greater attraction to Revolution shareholders than the possible Stonegate 200p per share offer.

“Revolution has determined that it does not wish to engage in discussions with Deltic on this basis, so denying its own shareholders the opportunity to consider a choice between exploring the benefits of a potential merger with Deltic and the possible Stonegate offer.

“Deltic is disappointed by this outcome and believes that Revolution shareholders should be aware of alternatives to the possible Stonegate offer.

“Subsequent to this announcement, Deltic would encourage Revolution to reconsider its position and engage in meaningful discussions with Deltic towards the pursuit of a potential merger.”