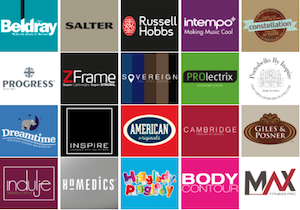 Shares of Oldham-based consumer goods firm Ultimate Products, which went public earlier this year, fell more than 47% after it said in a trading update that “revenue growth for FY18 is unlikely” amid pressure on consumers’ discretionary spend.

The outlook warning overshadowed the company’s announcement that its revenue increased 39.1% to £110 million for the financial year to July 31, 2017.

“The overall trading environment for general merchandise has become tougher, with wage inflation running behind general inflation,” said Ultimate Products, which listed under the name UP Global Sourcing Holdings plc.

“Consumers’ discretionary spend is under pressure and confidence is therefore lower than it has been for some time, which is inevitably being reflected in purchasing behaviour.

“For retailers, this has also coincided with cost price increases in the wake of last year’s sterling devaluation.

“As a result, retailers are generally exercising caution with regard to their non-food buying for Autumn/Winter 2017.

“This is manifesting itself in a reluctance to commit to purchasing too far forward, with retailers instead placing orders later or buying from stock …

“For Ultimate Products, the fact that this retailer caution is occurring in the seasonally more important first half of the year (in FY17 61.9% of the group’s revenues were generated during this period) represents a significant short-term headwind for the group.

“As a result, and notwithstanding the fact that the group is only six weeks in to the new financial year, the board currently anticipates that revenue growth for FY18 is unlikely.

“In addition, as outlined above, approximately £4.0m – £5.0m of FY18’s revenue will now be recognised in FY19 as a result of the move from FOB to landed arrangements with a key European customer.”

Ultimate Products said its revenue growth continued to be driven by three main factors: growth in sales to discounters in the UK and in Europe (up 64.6% to £63.8 million); increased sales from the main UK supermarkets (up 95% to £10.3 million); and the emergence of online platforms as a new revenue for the business (up 63.6% to £4.6 million).

Ultimate Products said it anticipates reporting underlying EBITDA and underlying profit before tax performances that are above market expectations.