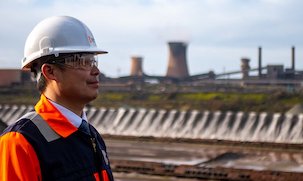 China’s Jingye Group said on Monday it reached a provisional deal to buy British Steel and promised to invest £1.2 billion over the next decade and save thousands of jobs.

British Steel’s assets include steelworks at Scunthorpe and Teesside as well as its European units FN Steel in the Netherlands and British Steel France.

A closure would have impacted 5,000 jobs in Scunthorpe and a further 20,000 jobs in the supply chain.

Jingye Group chairman Li Ganpo said: “We believe that this combination will create a powerful, profitable and sustainable business that will ensure the long-term future of thousands of jobs while producing the innovative high-quality steel products that the world needs.”

Uncertainty over British Steel has hung over its workforce since it was put into compulsory liquidation in May after Greybull Capital, which bought it for one pound from Tata Steel in 2016, failed to secure funding to continue its operations.

The UK’s Official Receiver said in a statement: “The Official Receiver and Special Managers from EY, Sam Woodward, Hunter Kelly and Alan Hudson, can confirm that contracts have been entered into with Jingye Steel (UK) Ltd and Jingye Steel (UK) Holding Ltd (together, Jingye), to acquire the business and assets of British Steel Limited (in liquidation) (BSL), including the steelworks at Scunthorpe and UK mills and the subsidiary businesses of FN Steel, British Steel France and TSP Engineering.

“It is anticipated that the shares owned by BSL in Redcar Bulk Terminal Limited will also be included in the sale.

“Completion of the contract is conditional on a number of matters, including the requisite regulatory approvals and certain employee consultation procedures.

“The parties are working together to conclude a sale as soon as reasonably practicable.

“The business will continue to trade as normal, during the period between exchange and completion, whilst assisting Jingye to plan for the future.

“Support from employees, suppliers and customers since the liquidation has been a critical factor in achieving this outcome.”