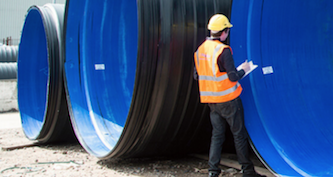 Shares of Doncaster-based plastic piping and ventilation systems firm Polypipe Group rose about 11% on Thursday after it said it raised £96.3 million via the sale of new shares to help fund the acquisition announced on Wednesday of London Topco Limited (ADEY) from mid-market private equity firm LDC and other shareholders for £210 million in cash.

In a stock exchange statement, Polypipe said: “A total of 18,704,085 new ordinary shares in the capital of the company have been placed by Deutsche Bank AG, London Branch and Numis Securities Limited, acting as joint bookrunners, raising gross proceeds of approximately £96.3 million.

“The placing shares being issued represent, in aggregate, approximately 8.2 per cent. of Polypipe’s issued ordinary share capital prior to the placing.

“Polypipe consulted with a significant number of its major shareholders prior to the placing in order to adhere to the principles of pre-emption through the allocation process.

Polypipe shares rose about 11% to around 570p after Thursday’s announcement.

Polypipe added: “Standard Life Aberdeen is a substantial shareholder in the company for the purposes of the Listing Rules as a result of being entitled to exercise, or to control the exercise of, over 10 per cent. of the votes able to be cast at general meetings of the company.

“It is therefore considered to be a related party for the purposes of Chapter 11 of the Listing Rules.

“Standard Life Aberdeen has agreed to acquire 2,550,000 placing shares in the placing, amounting to a total subscription of approximately £13.1 million under, and on the terms and conditions, of the placing …”